Great men are not born great, they grow great.

You are destined to be flowering like a Lotus flower; yet, you need to experience going through the mud.

The journey of self-discovery begins with identifying which part of you is dominant:

Your Body, Mind, Heart, or Soul.

All the leaders that you will be encountering throughout my blogs, videos or online programs, are people who “grow great” not “Born great.” Each one was his own invention; each is a manifestation of the Lotus flower; more importantly, each one persists in the face of setbacks. The visual of the Lotus flower that grows out of mud can be likened to those flowering leaders. By the time they rise out of mud and became a lotus flower, their achievements became an inspiration to others. They have found out their gift and what they are made of. In the process of growing to be a lotus flower, they refused to be dictated by the rules of society.

The dictates of society is something akin to the concept of the Matrix movie. The movie suggests that we are all living in a world set by system that keeps people organized and under control. But to get out of this prison is not an easy task. The hero in the movie is called Neo. He aspires for not only getting out of the prison himself, but helping others get their freedom. But to put such a concept into a down-to-earth practice, a methodology needs to be adopted. It’s not a quick-fix and cosmetic change but rather a deep-rooted transformation that comprises your whole being: Body, mind, heart, and soul.

You might well ask this cliché in this time of super connectivity. Before answering, I advise you to take a deep breath and relax because I am not the guy who will tell you what you want to hear – I’ve never been this guy, and never will be. Everybody is telling you that speed is everything and that it’s not the big that eats the small stuff but rather the quick that beats the slow. They are programming you to act now because everything is in motion and so should be your actions. Nonsense; it is the direction that counts in the first place. If it’s not, try speed instead and you will end up far away from your desired destination. The speed is a trap that only eludes those who are asleep. For the few awaken, speed is not the issue.

Rome wasn’t built in a day and so are great things in life. I remember Gabriel Garcia Marquez saying years after publishing his masterpiece novel “One Hundred years of solitude” he says: before publishing the novel, I spent the last 14 years of my life thinking about it mentally in my mind and 2 years more writing it on paper.

I find an affinity with Marquez as I spent the last 14 years thinking about YOU after I published my first book on Leadership in the year 2000. The book’s name is “We are all Einstein” it was written in Arabic. At that time I was working in a leading advertising agency in Cairo. Since my early years in life I was fascinated with leaders. At the age of nine I picked up a book from my dad’s library about leadership. When reflecting on this incident, I wonder why choosing this book in particular of all the 4000 books in my father’s library. Reflecting on this experience I remember in 1976, when I was 9 years. My father who is a lawyer asks me at that time helping him categorizing all the books in his library. Being his eldest son, I had no choice but to help. The assignment wasn’t easy at that time bearing in mind no computer back then and even worse it wasn’t 100-book-library but a 6500-book- library. The books were in all branches of knowledge; law, legislation, literature, religion, health, food and lifestyle, science, business, leadership (military). The last subject is the one that excites me the most.

Why I am sharing this bio with you? Well, because I have something that will make a difference in your life; something I was working on the last 16 years – rightly after launching my first book on Leadership. I spent these years as head of marketing in companies that are leaders in their markets; I helped a TV station brand and position itself then another brand that was a privately owned hospital in Egypt and one that is associated with Cleveland Clinic. Also, I was in charge of sales at a media establishment in Jeddah, Saudi Arabia for four years. 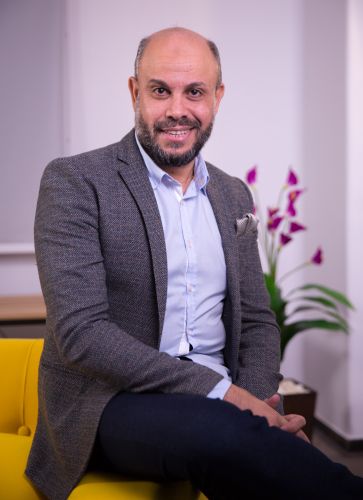 Mastering the Space: How to Thrive in the Face of Opposition

This report is intended for everyone that aspires to be the best version of himself; for someone who is not willing to be defined by social norms and frameworks; for someone who trusts that the future holds the best for him.

The journey of self-discovery begins with identifying which part of you is dominant:

Your Body, Mind, Heart, or Soul.

How Businesses Can Resist the Seduction of Their Original Ideas

How to Prevent Burnout through Balancing the Extremes

Growth is the byproduct of what you do consistently and passionately on a daily basis. Then, one day

How To Build Your Social Capital Through The Power of Networking

There are three kinds of capital every entrepreneur must make use of. The three are: the financial capital, the human capital, and the social capital

What man of you, having an hundred sheep, if he lose one of them doth not leave the ninety and nine in the wilderness, and go after that which is lost, until he find it?
- Luke 15:4 When I decided to go into the online business in 2014, I contacted Brian Tracy and asked him whether he could help me launching my online business. He wholeheartedly did. Not only that, he got me acquainted with great mentors that (listed below) were very supportive throughout the past three years. To them all I express my gratitude.