How Personal Responsibility makes all the difference

One of my all-time icons of responsibility is Pep Guardiola. When the former Bayern Munich president was asked about what sets Pep apart he answered that Pep is “obsessed” with football. Still, what makes him special is his sense of responsibility. Every human being is obsessed with something, but only very few are responsible. Responsibility, after all, is a matter of choice, obsession is not.

Since publishing my first book on Leadership in the year 2000, I kept monitoring the leaders in every walk of life, from politics to economics to sports. I put Pep under close scrutiny from the moment he took charge of the legendary Barcelona Football team starting from 2008 then coaching Bayern Munich and now Manchester City F.C. The team is now comfortably perched on top of the English premier league more than 10 points ahead of its nearest competitor.

He cares for everything. When asked about what concerns him much, he answered: “The players are my principal concern.” Whenever faced with a defeat, he never attributed it to his players, or the biased referee or the continued pressure on his players from the crowd or the media, he held himself accountable for what went wrong.

No transformation is possible without admitting that you are the one in charge of your life. That’s the way it should be. Should you blame anything or anyone outside of you, no progress will be possible.

To be in charge of your life, the lessons we need to extract and apply revolve around 3 main pivots.

If there is one thing you need to engrave it in your mind is to accept responsibility of your actions and blame no one. Stop blaming and become positively self-critical. Responsibility needs to be embraced not to be feared or abandoned. When you embrace it, a mature and transformed human being emerges. Denying it makes you master in creating excuses. 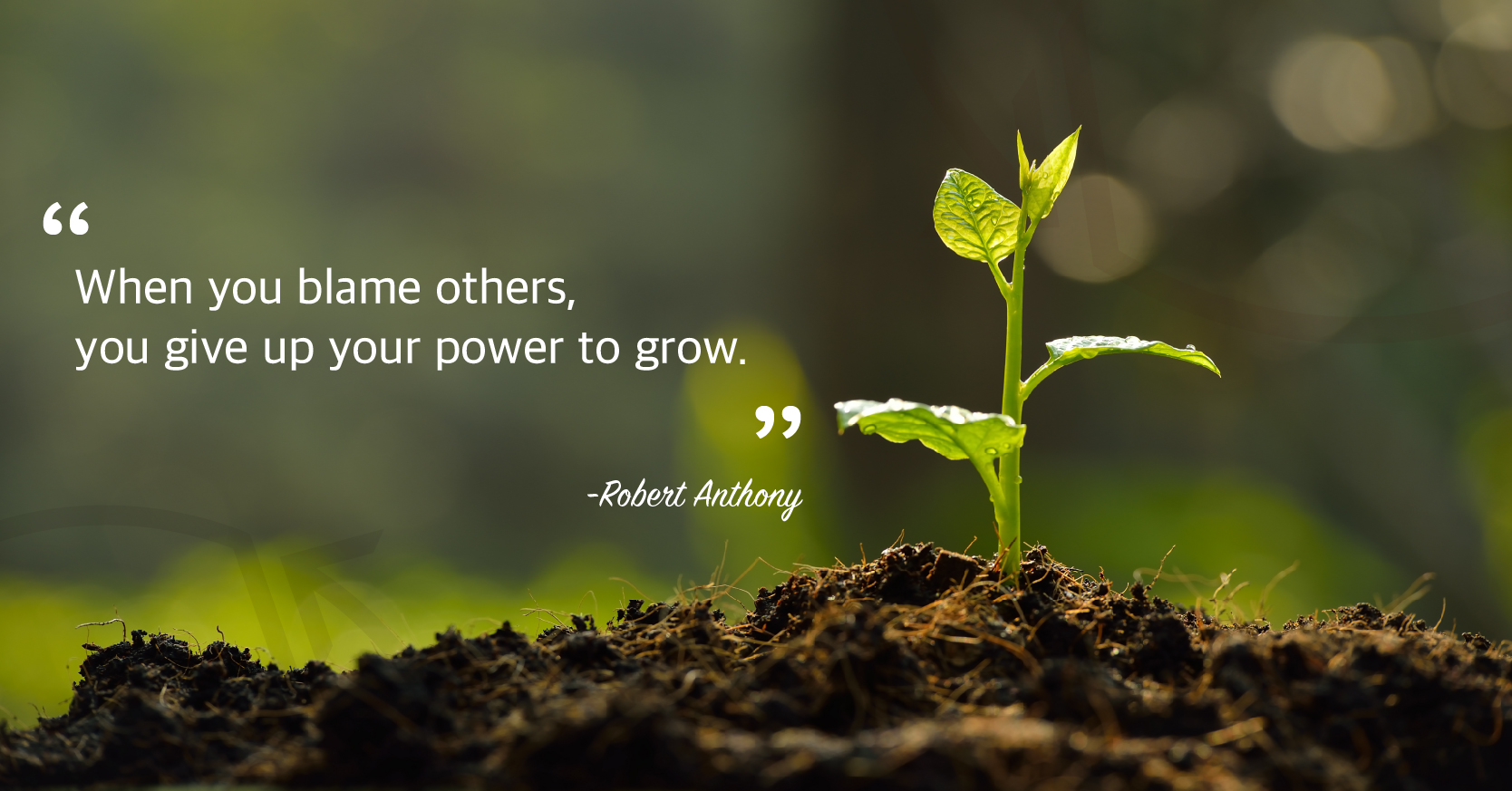 Stop asking, Give instead

Disappointment comes largely from asking and expecting. Giving, on the other hand, makes others appreciate your contribution and in the process become engaged and committed the way you are. When you willingly give, you offer massive value to those who need it the most. It all starts with you. Quit waiting for others to give to you; it is not going to happen. You are all powerful, take control of your life's situations rather than being a passive receiver.

Looking for answers within

The answer is inside you, not in the outside. The great psychiatrist Carl Jung has an insightful saying: “Who looks outside, dreams; who looks inside, awakes.” The awakened and responsible person digs inside himself to see how to answer the problem he is running through. The dreamer, in comparisons, will fantasize about excuses and conspiracies.

Being responsible is synonymous with being truthful. An authentic person is seeking truth and refuses to be blindfolded with lies. The few awakened ones are in the higher state of consciousness mainly because they want to be true to themselves, to their community, and to the world at large. Only through this accountability your greatness and evolution can be achieved.