Your Beliefs are too Dangerous to be Left Unchecked 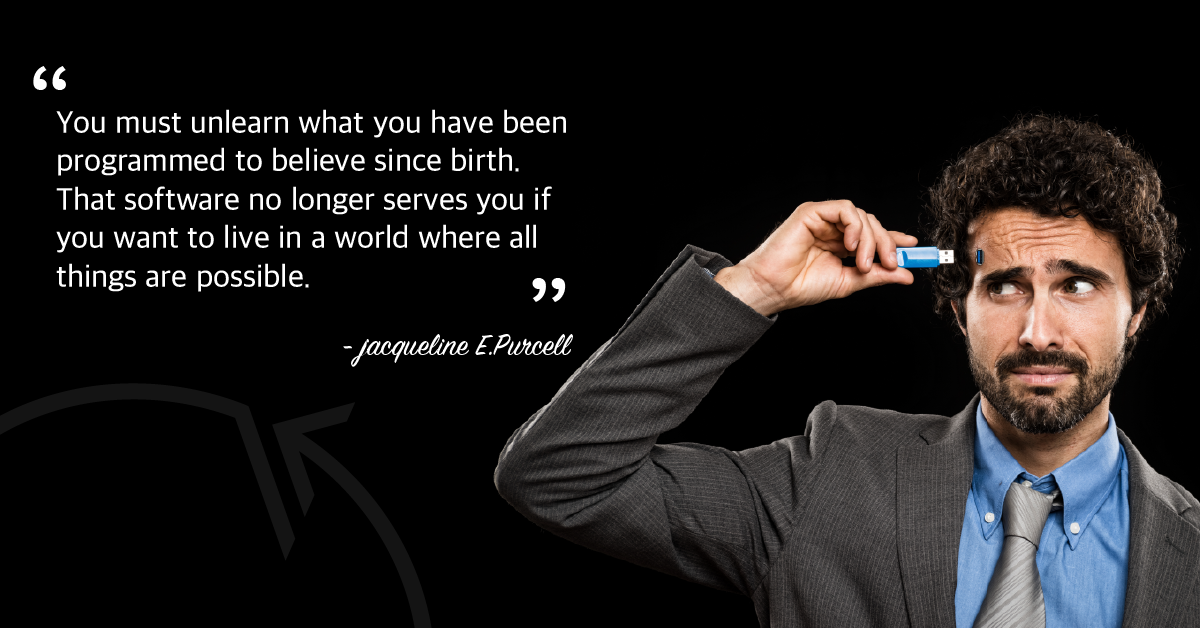 To get out of our own way, we must be willing to question our deeply-rooted beliefs. For beliefs have the power to control our minds and make them complacent. The complacent mind is a non-functioning organ and is clinically dead. Most of our beliefs in life are not ours but someone else’s. The reason they are impeded into the fiber of our being is that they come from an irrefutable authority figures: parents, political leaders and religious people. Therefore, our borrowed beliefs are as solid as those figures that have control over us.

Related: 3 Ways to Regain Your Freedom in the Matrix Control System

The moment you make your life your own is when you believe that you are perfect and unique the way you are. That’s the belief you must espouse till the end of your life. All other beliefs are liable to be questioned and changed but not this one. Why? Because you are created in the image of God. He never creates copies, we do. Our personality is made up by society and the authority figures. When we surrender, our real character concedes to the background. Our personality is fed with lies that are kept repeating day in and day out till we believe them as truths. Our personality runs competitive and fierce because there isn’t enough to go around. Our unique character is creative for it is original; it rejoices in abundance where there is more than enough for every creature to express his uniqueness.

The inherited beliefs have led us to espouse the wrong values. For aspiring entrepreneurs who are fantasizing their wet dreams of making a big IPO or getting a big funding and living happy ever after, how come they chase a mirage? Why less than 1% of startups, according to syndicated sources, ever see VC money. Worse still, how only 1 out of 10 funded businesses survive and generate favorable returns.

It is one thing to chase funding but it’s totally another thing to change the world and make a difference in people’s lives. Those who chase funding are the byproducts of the sterile belief system that creates the competitive and scarce mentality. The system has made us copies, though we are not, and instills in us the spirit of challenge and the survival of the strongest. The very few minorities challenged their borrowed beliefs and espoused the only belief that, once accepted, will make a breakthrough in their lives. That belief is their originality, uniqueness and individuality. Bill Gates  and Mark Zuckerberg  are dropouts of one of the most prestigious universities in the world – Harvard. Both left in their second year of study because of their dream of changing the world. And they did.

Related: How Your Unexamined Mindset Holds You Back

It’s not that easy to comprehend how the conditioned individuals wage wars against the ones who defy their beliefs. The richest man in the world now is Jeff Bezos, the CEO of Amazon. He was mocked at in the early 1990s when he left his secured and high-paid job at Wall Street to start out on his own and sell books on the internet. They were bombarding him with: “what if it won’t work with you, Jeff?”; “Do you have a back-up  plan?”; “How could you be such a jerk?”

Fast forward 25 years later, Jeff leads now one of the most valuable brands that ever existed. When Amazon was starting in 1994, launching its internet bookstore to go head-to-head with industry giants Borders and Barnes & Nobel, the other competitors in the market see no chance for Amazon to find a foothold in this market. When Amazon positioned themselves as the home delivery option and the lower price option, they in turn positioned their brick and mortar competitors as stodgy and outdated. Jeff’s triumph is due to his unwavering belief that he can change the world and make an impact.

Related: You are a True Masterpiece in the Making

Today’s and tomorrow’s leaders are those who question their long-unquestioned beliefs. They realize that their inherited beliefs are difficult to be eradicated because of the authority that protects them. They know also that, to make a breakthrough, the truth about their real character won’t be revealed without rooting out these outdated beliefs.