The No. 1 Reason Most Startups Fail

Finding a problem in the market and turning it into an opportunity is the hallmark of the startup entrepreneurs. In the very early stage of transitioning from an employee to an entrepreneur, tuning into the market before rolling out your product or service is not a time wasted. The first year in this transition is the hardest. Mainly because thinking big is overshadowing acting small. The good news is that success stories tell us that acting on the fundamentals will save us a lifetime of suffering. The deepest fundamental is to remind ourselves of the purpose of a business. Peter Drucker, the godfather of management, eloquently puts it,” the purpose of a business is to get customers and keep them.” Customers are the center upon which your survival in business revolves. Forget about you dreams for the time being and pay attention to the only source of your success. Put your heart and mind into finding out what makes this customer unhappy and unfulfilled.

Related: How to Manage the Transition from an Employee to an Entrepreneur

Why do so many startups fail in their early years? The reputable CB Insights  conducted a post-mortem study of a failing 311 startups. After interviewing them and digging into their answers to pinpoint the underlying reasons behind their failure, CB Insights identified top 20 reasons behind this early death. The number one reason, which amounts to 42 percent of the total percentage of the failure rate, is due to the fact that there’s no market demand for their product. 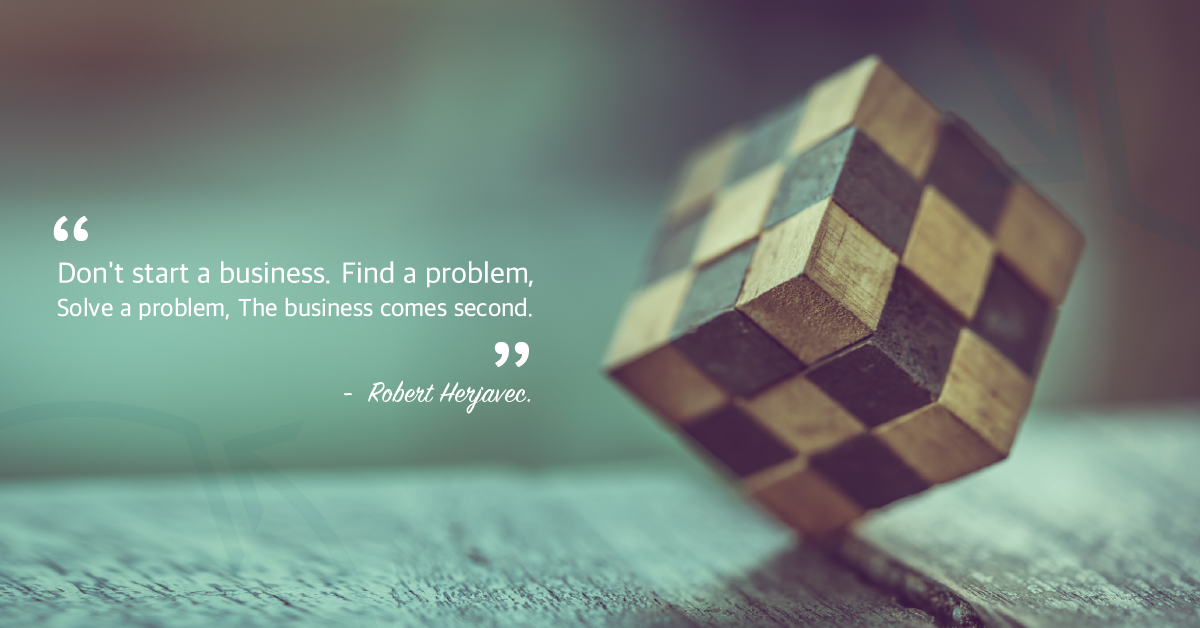 Getting into business for the wrong reasons will hasten its death. The list includes: making a difference, being free from the prison of being an employee, making money, following my passion, etc. Each reason is not wrong but should be secondary to the real purpose of running your business: which is to get customers. And to get them, you need to solve a pain point they face right now. The larger the problem, the larger the opportunity that you can come up with and work out a scalable solution that yields profits in the long-term.

Since founding Dropbox in 2007 with Arash Ferdowsi, CEO Drew Houston  has managed to grow the company from a single idea to a service used by hundreds of millions of people around the world. He felt, when he founded the company, at the age of 24, the untapped need of many entrepreneurs to have their businesses with them whenever they go. Drew started thinking of solving this problem by coming up with an idea worth implementing. He started with a premise that life would be a lot better if everyone's information lived in the cloud instead of being stuck to offices. The idea turned out to be a mission that benefits millions of people around the world.

Houston was obsessed with acting small and thinking big. The astounding success was built solely around a simple concept: what is the problem that needs to be solved considering our skills in solving them and our unabated passion in following through? Houston was articulate in summing up this by saying;” the happiest and most successful people I know don’t just love what they do; they’re obsessed with solving an important problem, something that matters to them.” Apart from being one of the fastest growing startups, Dropbox became a decade later, the fastest growing software company to reach $1 billion in revenues.

To survive in the early years of their business, startup entrepreneurs need to solve a market problem. Getting customers must be at the forefront of startups business thinking. Instead of rolling out their product into the market, the startup entrepreneur should save his time and money by first researching the pain points customers are experiencing and how to supply them with a product that will end such a pain. Only then can business survive the early stage of its existence.