How to Differentiate Yourself in a Fiercely Competitive Marketplace 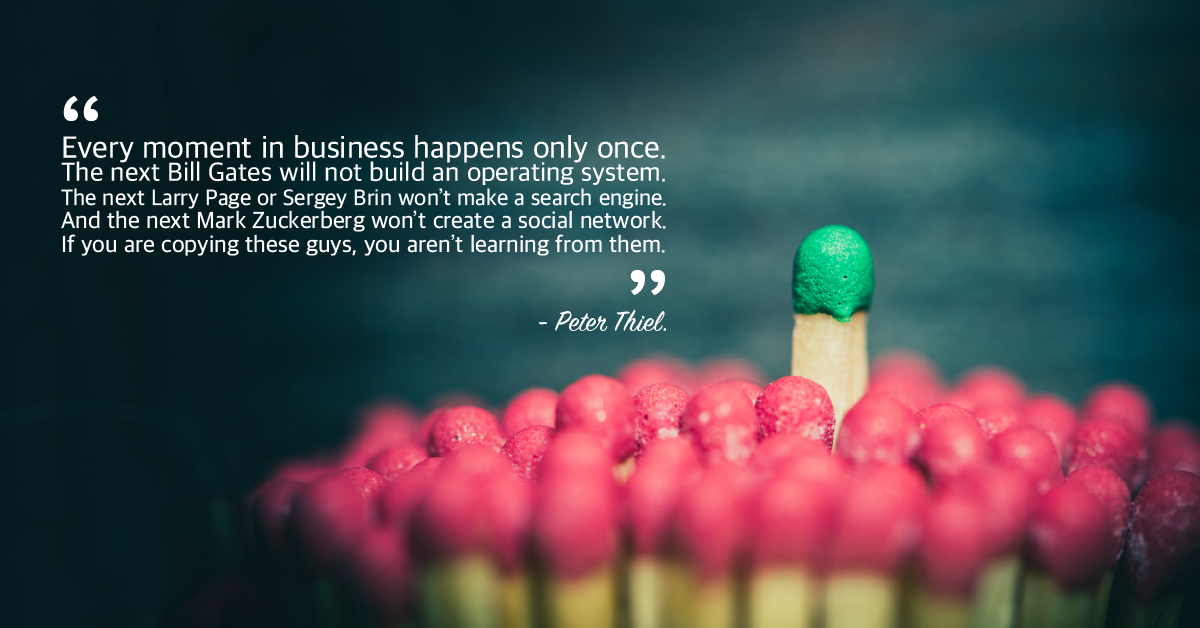 Failing to Gain clarity on your actual stance in a fiercely competitive landscape is due largely to seeking one of two ways. One way is being obsessed with competition to the point of being bogged down in following their tactics, studying their strategies and predicting their future moves. Such attachment drives you, unconsciously, to conform to their standards and deprive yourself of standing out and differentiating yourself.

On the other extreme of being competition-obsessed, some companies ignore, or tend to ignore, the warning signals of new entrants. The brick-and-mortar bookstore giant Barnes & Noble underestimated the startup Amazon in the 1990s when it launched an internet bookstore. The mere emergence of Amazon has helped it position itself as an innovative, reliable and convenient alternative. It creates a whole new customer experience by offering home delivery books, product reviews and recommendations. It didn’t stop there; Amazon applied their business model to other industries: cameras, videos, toys etc. By positioning themselves as such, Amazon positioned its competitor as stodgy and outdated. Period.

Getting outcompeted is the reason-why 19 percent of startups fail. According to the venture capital database CB Insights, the 4th reason startups fail is the overcrowded market and the bloody competition. In such a landscape, industries boundaries are set and accepted. Each player tries to outperform, outcompete its nearest competitor. The already unquestioned demand is being fought over by all rivals. As such, the market gets increasingly crowded where buyers find no differentiated value and sellers rely on the laziest marketing tactic ever discovered: price reductions. Products run commoditized, profits became unreachable and the market space turns to be a bloody Red Ocean.

While Red Ocean is being instigated by competition over the existing demand, a blue ocean is a viable and creative alternative to create demand. That’s the centerpiece of the international bestseller book Blue Ocean Strategy. The book charts a course for how do companies, big and small, must stop competing with each other. The authors contend that the only way to beat the competition is to stop trying to beat the competition. They advise us to stop looking to competition and letting them drive our strategy that leads to commoditization and undifferentiation. To beat the competition, look outside of your industry to get ideas on how to reshape your industry.

Uncovering the pain points in your industry turns problems into opportunities. In one of her interviews, the co-author of the book, Renee Mauborgne, cited the example of the electric French fry maker which created a blue ocean market space. Before its advent, all players were commoditized and competing on the basis of price only. They were working on one basic assumption; that is: to make French fries, you have to fry. But frying means a lot of oil; houses become smelly when oil is heated, besides the toil of storing and throwing  it out. These were the pain points that prevented many from experiencing frying at home.

Throwing the assumption into a question helps make a breakthrough. The challenging question on the part of the company is “How can we make a fryer without any frying and just a little oil?” the creative solution was Actifry – a fry maker that makes two pounds of French fries with a one tablespoon of oil. As a result, the demand of the product became phenomenal because the customer base is enlarged. The non-customers who were once reluctant in the past for safety and health issues are now an eager customer to buy this product. The declining market before the introduction of Actifry is now picking up by a 40% growth. Through challenging the basic assumptions that industry players are working on, Actifry thought and acted differently. Still, to think differently you must question your beliefs and assumptions.

To gain insight about what you can do differently entails installing a creative mindset. To reach that, you need to let go of the competitive mindset. Ditch focusing on competitors and look outside your industry; challenge industry assumptions; pinpoint the customers’ pain points and help solving with introducing a relevant solution. The time invested in alleviating the problems of your potential customers is not time wasted but rather a profit regained.